An Alzheimer’s Research Foundation, must read. . .

“With a total number of affected individuals predicted to increase to 13 million in the US and over 100 million worldwide by 2050, and skyrocketing costs for dementia care (currently at $259 billion (2017) and expected to grow to $1 trillion by 2050), it is safe to call dementia one of the biggest public health problems of our times.” by Sai Janani Ganesan, Postdoctoral Scholar at UCSF

How Close Are We to A Cure for Alzheimer’s? 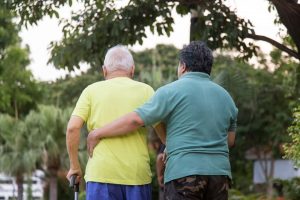 How many years will it be before we see a cure for Alzheimer’s? originally appeared on Quora: the place to gain and share knowledge, empowering people to learn from others and better understand the world.

If you regularly read the news—either the politics or the science and technology section, you have read at least a couple of articles in the last year on Alzheimer’s disease (AD) or more broadly, dementia.

AD is a neurodegenerative disease and is the leading cause of dementia—a syndrome or a condition that manifests as a group of symptoms that affect cognitive and behavioral skills due to death of neurons, arising from a multitude of largely unknown causes (with the exception of genetic abnormalities). There aren’t any medications available today that either slow or stop neuronal damage, the drugs available in the market are involved in only marginally improving symptoms and are highly patient dependent. With a total number of affected individuals predicted to increase to 13 million in the US and over 100 million worldwide by 2050, and skyrocketing costs for dementia care (currently at $259 billion (2017) and expected to grow to $1 trillion by 2050), it is safe to call dementia one of the biggest public health problems of our times.

Although first identified in 1906, it wasn’t until the 70s that we began to accept AD as a leading cause of death. To quote Robert Kutzman from a 1973 Journal of the American Medical Association editorial [6]:

Playing Defense: Companies Are Taking A Cautious Approach To Disruption

In focusing attention on the mortality associated with Alzheimer disease, our goal is not to find a way to prolong the life of severely demented persons, but rather to call attention to our belief that senile as well as presenile forms of Alzheimer are a single disease, a disease whose etiology must be determined, whose course must be aborted, and ultimately a disease to be prevented.

In the past decade or two, due to high monetary incentive associated with the disease, companies like Eli Lilly, Eisai, Roche, Pfizer, AstraZeneca, Biogen, and Merck & Co. have (‘had’ in the case of Pfizer [7]) devoted billions of dollars into projects, sadly with zero returns. After more than 400 clinical trials of therapeutics and billions of dollars, there is a failure rate of nearly 100% in trials that have been reported, compared to 81% for cancer [8]. No new therapies have been approved in more than a dozen years.

While there are multiple reasons from clinical trial challenges, slow speed of drug testing, lack of surrogate biomarkers and cognitive assessment tools, not enough funding, perhaps even regulation, the main reason is a myopic target selection and lack of fundamental knowledge of the disease. Pharmaceutical companies have largely focused on targeting single pathways and components of the amyloid cascade hypothesis . Out of the 28 agents in the Phase III trials (as of Dec 2016), 18 are disease modifying therapies (DMT) and the remaining address cognitive and behavioral symptoms.

It is a well known fact that drug discovery scientists and companies often invest in hypotheses owing to a lack of fundamental understanding of diseases. It is also a well known fact that many unanticipated side effects emerge at late developmental stages. But having 88% of the agents in phase III trials target the same (or similar) mechanism(s) or hypothesis of a disease as complex as AD is not a good strategy.

AD is a result of complex interactions between a multitude of genetic factors and the environment. We very much still lack clarity on the heterogeneity and granularity of the disease thus making it profoundly difficult to assess disease stages for measurements and clinical trials. It is also well known that in many AD patients, there are multiple co-existing pathologies, therefore even if the drug successfully acts on one of them, it might not make a significant impact on the disease or the symptoms.

A recent study on the economics of AD drugs showed that on average a drug candidate takes 10 years to navigate the clinical development period from the start of phase I to the end of FDA/regulatory review [10].

This means the proposed drug must be in phase II or III to be approved by 2025, which is highly unlikely both given the failure rate of AD drugs and the variability of response in patients.

Most scientists believe that the biggest impact we can have is in delaying the onset of the disease. Given the failure rate of AD drug candidates and the kinds and number of drugs in the pipeline, there is little hope for a cure (i.e. slowing down the progress of the disease) in the immediate or near future. While every clinical trial failure helps us learn something new, information from many early dementia drug terminations and failures are either not reported or not available [11]. There must be more transparency and better reporting and information sharing.

It is a popular belief that we can solve problems by investing a lot of money, the National Cancer Act of 1971 [12] is often cited as an example. Some are even enthusiastic about venture philanthropy [13][14], where non-profit foundations invest in for-profit pharmaceutical companies—which doesn’t seem like the best idea for the US government, given the example of Ivacaftor, developed by Vertex Pharmaceuticals with funding from tax -exempt donations (Cystic Fibrosis Foundation) which currently costs patients about $300,000 a year [15].

While more money does indeed result in more resources, the real solution is partnerships and collaborations within the community of both for – and non-profit organizations. Fortunately, there is something to be optimistic about—there are worldwide efforts for public-private partnerships like AMP-AD [16] with goals to find better biomarkers, validate existing therapeutics and discover newer targets, among others.

[6] The Prevalence and Malignancy of Alzheimer Disease

[11] Why has therapy development for dementia failed in the last two decades?